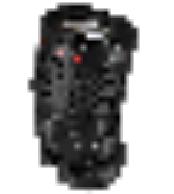 Ever photographed a tall building and wondered why the sides don't look parallel in the picture? Converging verticals are a limitation of the image-forming characteristic of a regular lens (i.e. non-tilt-and-shift), albeit one that as EOS photographers we accept.

Tilt-and-shift lenses overcome this limitation, as well as add to our creative toolkit. Often billed as specialist lenses for architectural photography, in fact tilt-and-shift lenses can be highly versatile for a number of disciplines, including studio, product and even landscape photography. We explain why.

What is tilt-and-shift?
Before tilt-and-shift lenses were made for 35mm cameras, many professionals used large format cameras, which have a flexible bellows between the lens and camera body. The bellows allowed the lens and camera body to be moved independently, enabling focusing techniques that are impossible with 35mm cameras. Tilt-and-shift lenses enable EOS users take advantage of these movements, by introducing lenses with image circles much larger than conventional lenses.

Left The image circle of an EF lens just covers the rectangular format of a full frame sensor.
Centre & right The image circle of TS-E lenses is much larger than the camera's sensor, so the lens can be moved to the left or right, or up or down, while still keeping the frame covered.

Tilt movement
A characteristic of your regular lens that you may never have thought about is the plane of focus. Focus your lens on a point five metres in front of the camera, for example, and the plane of focus extends across the picture in an area parallel to the sensor plane.

The best way to visualise the plane of focus is to imagine an invisible sheet of glass. By changing the focus point of the lens, you can bring the sheet of glass closer to the camera, or further away, but it will always be parallel with the sensor/film plane. This means that if you want a photo with front-to-back sharpness you need to decrease the aperture to extend the depth-of-field.

What if you want to photograph a landscape that includes foreground detail a few centimetres in front of the camera, but you also want to keep everything sharp all the way to the most distant parts of the landscape? With a regular lens the only way you can do this is to stop down to f22. But f22 has its own problems; at low ISOs the shutter speed will be very slow, which could introduce blur into the scene if part of the subject, such grass or water, is moving. 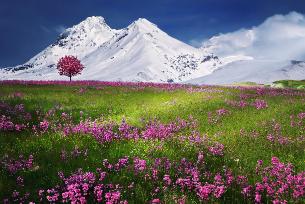 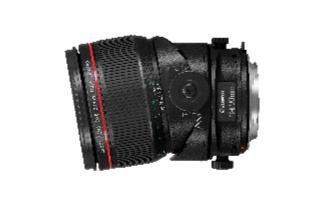 Left A landscape shot with sharp foreground detail, without loss of sharpness in the distance – this effect can be created by stopping down a lens to f22 or by tilting a tilt-and-shift lens downwards, thereby bringing the focal plane more in line with the landscape.
Right The Canon TS-E 50mm f2.8L Macro lens with tilt movement

If you could move the plane of focus (our imaginary sheet of glass) so that instead of being parallel to the sensor plane it’s laying on the ground, you could take a photo at a much wider aperture and ensure that everything is in focus. It may sound like magic, but this is exactly what the tilt function on a tilt-and-shift lens does.

You can also use tilt movements to do more or less the opposite – that is, move the plane of focus so that it intersects a flat surface parallel to the film or sensor plane at an angle. This makes an unusual type of photo where the depth-of-field doesn’t behave as you might expect as it’s restricted to just one part of a flat surface, whereas with a regular lens the entire surface would be in focus. 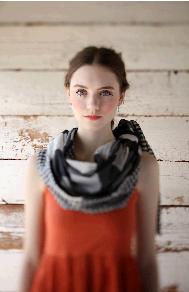 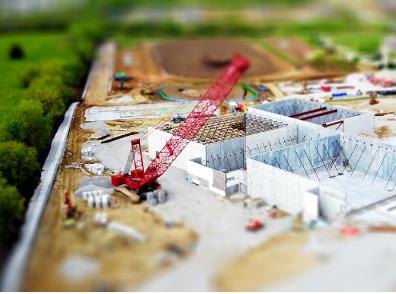 Left A portrait shot with the TS-E 50mm f2.8L Macro lens (© Canon USA), where the lens has been tilted vertically to create an unusual focusing effect on the subject.
Right Another creative effect possible with tilt-and-shift lenses is the toy or miniature effect. This is achieved by tilting the lens vertically, moving the focal plane further out of alignment with the sensor plane to create dramatic out-of-focus areas and narrowing down the depth-opf-field.

Shift movement
Most photographers will be familiar with the problem of converging verticals. If you point your camera up at a tall building to take a photograph, the building appears to be falling backwards. The reverse is true if you want to include a tall building in the distance as well as a foreground subject. With a regular lens, the only way you can overcome this in-camera is to position the camera so that the sensor/film plane is parallel to the building, which inevitably means that the top of the building is cut off and lots of foreground is included. 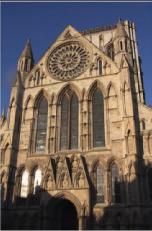 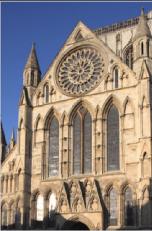 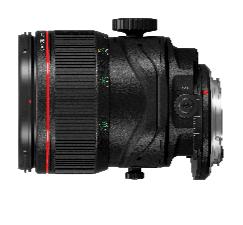 The shift movement overcomes this by allowing the photographer to set the camera up so that the sensor/film plane is parallel to the building, then to slide the lens upwards so that the top of the building is visible in the photograph. The straight camera back ensures that there are no converging or diverging verticals. This is why professional architecture photographers use either tilt-and-shift lenses or large format cameras (which have tilt-and-shift movements built-in).The shift movement is most commonly associated with photographing the exteriors of large buildings, but it is also effective when shooting expansive interiors, such as cathedrals, keeping upright columns vertical.

The patents referred to a rule that has become known as the Scheimpflug Principle. In part, this states that the image plane, lens plane and subject plane must all intersect at the same point for the subject plane to be in focus on the image plane. The following diagram should make this easier to understand. 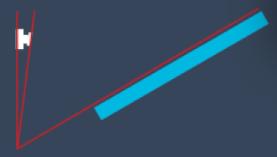 YOUR UNIQUE GUIDE TO
THE CANON EOS SYSTEM

Find out how to get Everything EOS 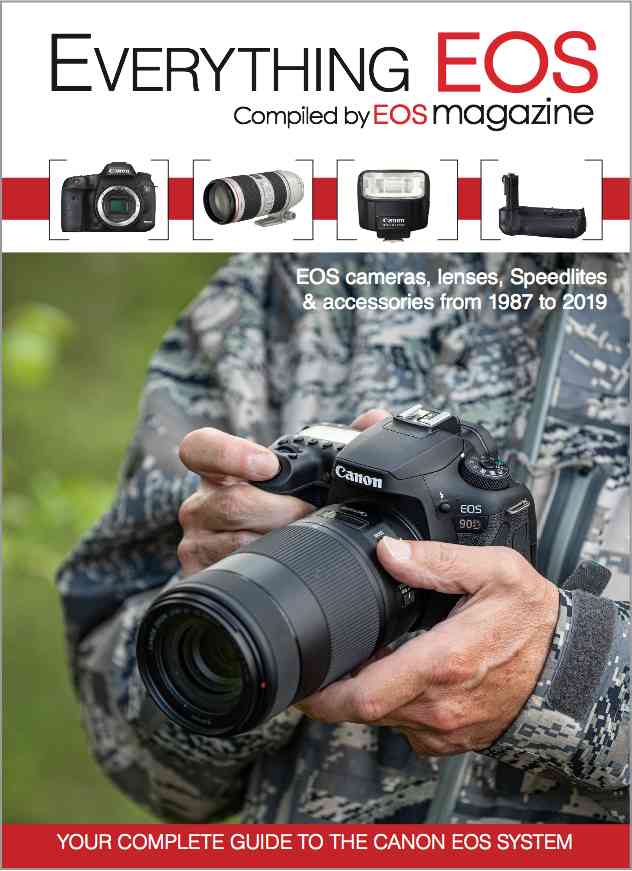 Learn more about your EOS camera

Join EOS magazine today from only £24.95

What if I don't own a tilt-and-shift lens?

You have several options for minimising converging verticals if you don’t own a tilt-and-shift lens.

If you are using a wide-angle lens you need to keep the camera upright (a spirit level will help – recent EOS cameras like the EOS 6D Mark II has one built-in and you can buy levels that fit into the camera’s hotshoe for other models). If the building doesn’t fit into the viewfinder you’ll have to move back until it does. This means that you’ll include lots of foreground in the photo, so look for something that makes an interesting composition or crop it out afterwards. You can also move further away and use a telephoto lens, which minimises convergence, or utilise the converging verticals for a dramatic composition by getting close to the building and pointing the camera upwards.

If you have Photoshop you can also solve the problem digitally by correcting converging verticals in post-processing with the Transform Perspective function.

There are other ways of achieving some of the alternative creative effects too. Several recent EOS camera models have a toy camera effect option (see EOS magazine October-December 2011 p62) and you can also try your hand at a technique called freelensing (see EOS magazine July-September 2013 p58)