Last September, professional photographer Vincent Laforet borrowed a preproduction Canon EOS 5D Mark II for 72 hours and used it to make a short movie. The result was Reverie, shot in New York City over two nights by Laforet and a team of assistants and models.

Remarkably, despite its big budget feel, the movie was shot by the photographer without any funding or notice. The camera was simply on loan from Canon, who wanted to get it into the hands of a professional photographer to see what he could do with it. The movie was so good that Canon decided to display it on their website to demonstrate the potential of the 5D Mark II’s movie recording function.

Reverie created so much excitement that it was viewed over 1,500,000 times in the first ten days that it was displayed on Canon’s website, and had to be temporarily taken down to relieve the strain on their servers.

The movie was filmed at night and takes advantage of the camera’s high quality performance in low light. This meant that the scenes could be lit by adding only minimal lighting to the ambient artificial light. Laforet used just the modelling light from a Profo 7b battery strobe pack and a small LED light source to light his models amongst the city’s lights.

What else is needed for a shoot like this? It clearly helps to be a commercial photographer with lots of equipment to hand. Laforet used six fast L series lenses and their quality adds to the ambience of the movie. He used their wide apertures to throw backgrounds out of focus. Photographers take this technique for granted but it’s new for movie makers accustomed to the depth of field of the small sensors found in video cameras.

It’s also important to keep the camera steady and, especially if it’s attached to the side of a moving car, secure. Laforet used a variety of clamps and holders to do this.

Laforet’s borrowed camera had no instruction manual and he had very little time to get used to the camera. He shot the movie largely in aperture priority mode, using exposure compensation where needed. He didn’t even realise that there was an exposure lock button until after the movie was shot. The look of the film came from the lighting, composition, the locations used and creative use of lenses (including two tilt and shift lenses) rather than in camera or post production techniques. The movie was edited on Macintosh computers with Final Cut Pro software.

The following Canon lenses were used in the making of the movie:

Interview with Vincent Laforet about Reverie: 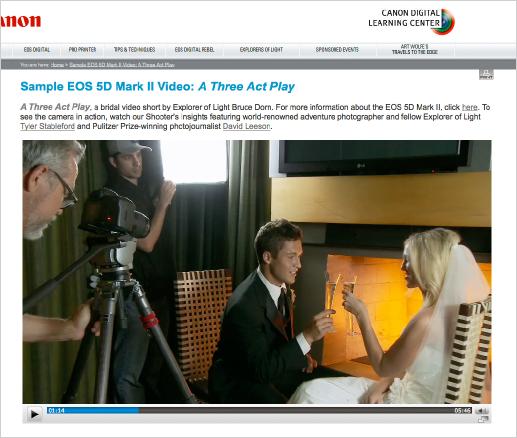 Canon asked photographer Bruce Dorn late last year to make a movie that would show off the potential of the EOS 5D Mark II to wedding and event photographers, a key target market for the camera. With just a pre-production model and two days to shoot the movie, Dorn hired models and a room at a local resort, and treated it just like a regular wedding day.

The title of the movie comes from the photographer’s treatment of weddings as a three act play; Act One is the preparations, Act Two the ceremony, and Act Three the celebrations. Most of the equipment used in the shoot is of the very simple type that a videographer is likely to already own; a video tripod, lights and reflectors.

The movie is a good example of the camera’s potential for social photographers. A nice touch is the use of photos taken during shooting, inserted into the movie.

We asked Bruce for his opinion about the EOS 5D Mark II’s movie recording function:

EOS magazine: As a video professional, how do you see the EOS 5D Mark II fitting into the current range of digital SLR and digital camcorders available to wedding and event photographers? Is it a good tool right now or is it still ‘first-generation’ technology that needs to evolve more before it becomes genuinely useful?

Bruce Dorn: There’s no denying that the EOS 5D Mark II is the first of a new generation of HDSLR cameras but the technology is already surprisingly useful.  While the DSLR form-factor can be easily criticized by videographers reared on the more traditional camcorder layout, still photographers should find the familiar layout shape comforting.  The unique ability to shoot both high resolution stills and 1080P HD video through wide aperture L glass must not be underestimated.  A full-frame sensor means that shallow depth-of-field and classic “L” lens Bokeh are instantly available, and this without the need for expensive and cumbersome oscillating ground-glass lens adapters.  The 5D Mark II may be the first generation but it’s a very capable tool in attentive hands.  My advice?  Grab yourself a 5D Mark II and start to test the waters.

EOS magazine: How has the EOS 5D Mark II changed the social photography game? What changes do you envisage that professional wedding and event photographers will have to make to their businesses in order to keep up with or stay ahead of the competition?

Bruce Dorn:  It’s a little early to tell. I certainly feel that the 5D Mark II offers great opportunities for differentiation in a very crowded arena. Traditional “stills only” and “video only” coverage will undoubtedly survive but who knows if they will thrive? Wedding shooters will definitely face a new generation of clients who have grown up with constant exposure to the moving image; it’s their expectations that will dictate the future of the craft.  That said, It’s hard to imagine the demise of the classic wedding album and I don’t see that happening.  I do, however, see a wonderful marketing opportunity and scarce competition for those who choose to step onto the field and redefine the game.

As always, those who offer truly unique products will reap the greatest rewards. Those who master the instrument and make the best use of in-camera controls will be rewarded with the most streamlined post processes.  There is, of course, a bit of a learning curve but that’s okay; nothing worthwhile is learned overnight.  Wedding and Event photographers will need to be careful to properly value their additional efforts or pay the price in the form of uncompensated additional workload. I suggest that most wedding photographers would benefit from initially restricting their video capture experiments to engagement or bridal portrait sessions while they learn the ropes.  It certainly would be foolish to tackle “no second chance” shooting situation before one has had ample time to understand and master the subtle differences between still photography and good motion capture.

That said, my initial client responses have been spectacular. It used to be that everyone wanted a photograph worthy of a fashion spread; now everyone wants to be a movie star. The 5D Mark II delivers video that is absolutely cinemagraphic so the rest is up to us...

The movie ‘A Three Act Play’ can be seen here: http://tinyurl.com/6fs6bb 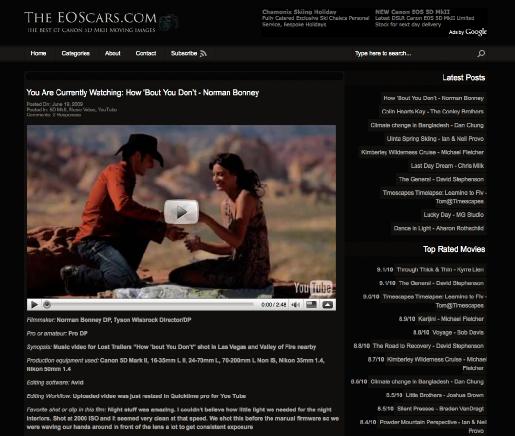 The EOScars is a showcase of the best movies filmed with the EOS 5D Mark II and the newer 500D.

The site was launched by its owners, frustrated by the experience of searching online for good quality videos, to create a single location for browsing movies made with the 5D Mark II.

To be shown on EOScars, a movie must be an effort at a complete movie with at least a musical score. Movies are judged on aspects such as cinematography, editing, sound and concept.

The movies from EOScars come from a variety of genres, including timelapse, documentary, black and white and music videos. One of our favourites is Learning to Fly, a timelapse movie shot in the California by Tom at Timescapes.org. It can be seen at http://tinyurl.com/cu3f6j.

6000+ members and growing
Join the conversation 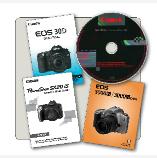 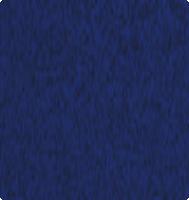